Rally to the footy siren – AFL Grand Final is here!

Rally to the footy siren – AFL Grand Final is here!
Dust off the fan jersey and your supporter scarf

It is that time of year again when the hearts of AFL fans nation-wide burn with footy fever.

Melbourne is at the eye of the storm of the Aussie sport, and it roars with fierce spirit, as teams clash and fans surge to their feet at the city’s two stadiums.

Which team is the best? Vote for your team and help them reach the top.

We've listed all the teams but you need to vote for your team to help them get the most votes.

Marvel Stadium is right on our doorstep, about a ten-minute walk! Previously known at Etihad Stadium, it was named Marvel after Disney bought the naming rights! Ever the same amazing multi-venue facility, it will host 43 AFL matches this season, including the annual Good Friday match to be played in a twilight match between North Melbourne and Essendon on April 19th.

The Melbourne Cricket Ground - affectionally known at “the G” by locals - is a quick 20-minute tram ride from the Crowne Plaza Melbourne. The MCG is nestled in the Yarra Park and tells a rich tale of drama, emotion and historical sports from its opening in 1853. It is one of the most popular places to catch a AFL game during the season, and is the home of the AFL grand final every September. 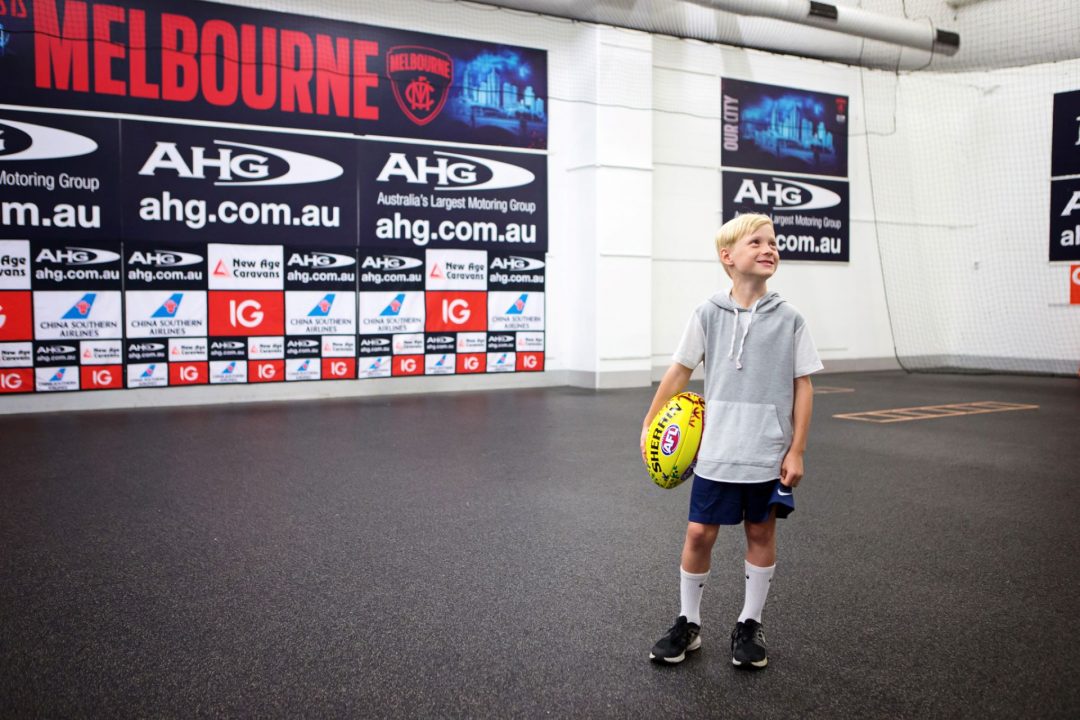 Want a closer look at the stadiums and the sports that bring them alive? Book yourself a behind the scenes tour.

The MCG - Enter via Gate 3 and experience behind-the-scenes access to one of the world's most iconic stadiums, and discover Australia's largest sporting collection inside the National Sports Museum.

Please note there are modified hours during game days

Experience the feel of walking up the AFL umpires’ tunnel. Visit the Media Centre where the coaches go ‘head-to-head’ at the conclusion of an AFL match with the media.

There is not a 3pm tour on Event Days. Tours do not run on Public Holidays.

Where to watch the games


Young and Jackson - Corner of Flinders and Swanston Street.

Young and Jackson is one of Melbourne’s most iconic hotels, beautifully restored and refurbished, a perfect blend of boutique bar and classic pub.

Boasting 3 levels, the ground floor bars boast a selection of over 30 beers and ciders on tap. The first floor provides a relaxed atmosphere, comfortable couches, boutique beers, fine wine and exotic cocktails. From here you can admire the famous ‘Chloe’ painting and view Melbourne's iconic sights.

The rooftop cider bar offers eight ciders on tap, plus a large selection of local and imported ciders. This is the ideal bar for a summer evening, or to keep warm in winter with mulled cider.

But what has drawn sports fans for many a game is its continuous broadcasting of live sports across its wide screens, including coverage of all AFL games across the season, including the grand final.

Just a stone’s throw from Marvel Stadium (and Crowne Plaza Melbourne!), The Woolshed Pub has long been a favourite haunt for pre- and post-game hangs. But it’s also a winner between sirens, boasting a swag of big screens, broad-ranging drinks offering and eats for every mood.

Turf Bar’s got a passion for just about every kind of sport, but when AFL season kicks into gear, it’s first and foremost a footy-lover’s haven. The CBD bunker space has a cosy, old-school charm, boasting seven plasma screens and three huge projectors on which to enjoy that siren-to-siren coverage. Head in during a weekend game and take advantage of the Footy Feasting special – a parma or porterhouse, matched to a pint or glass of wine, for just $20.

AFL Women's (AFLW) is a very recent victory for women in sports. It is Australia's national Australian rules football league for female players. The first season of the league began in February 2017 with eight teams.

The reigning premiers are the Western Bulldogs.

Before its inception, an exhibition match was played in 2013 between women's teams representing Melbourne and Western Bulldogs in June that year. The historic match had a crowd of 7,518 and was won by Melbourne by 35 points.

The exhibition series was repeated with one game between the clubs in 2014 and two in 2015, the last of which, played on 16 August 2015, was the first women's AFL game to be broadcast on free-to-air television. It attracted an average audience of 175,000 which outweighed the 114,000 average audience for the AFL men's clash between Adelaide and Essendon of the previous day.

The success of these exhibition matches prompted the AFL to accelerate its plans for a nationwide women's competition, announcing a preferred start date of 2017, instead of the previously planned launch in 2020. Now, by the end of 2020, the league will hold 14 teams.