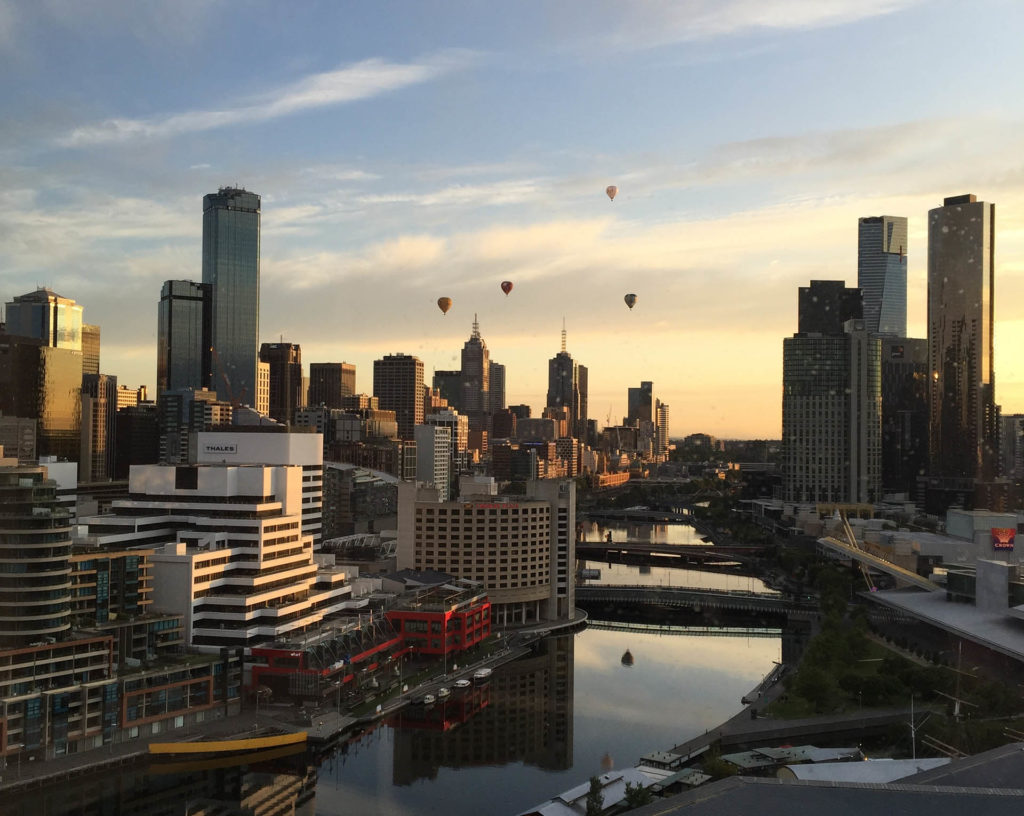 A History of Our Melbourne Hotel

Crowne Plaza Melbourne is located on a historic site in Melbourne City centre. The area was once called “Little Dock” and formed part of the original Port of Melbourne. Little Dock (originally New Dock) was used by local sailing vessels from 1854 to 1930 and was convenient to the metropolitan fish markets. Dock sheds were eventually made redundant by the need for large areas of open space for the storage and sorting of shipping containers.

In 1975, the building of the Charles Grimes Bridge between the railway yards and Victoria Dock saw the closure of river wharves east of the river's span. That, as well as the opening of the Bolte Bridge, meant the end of any possibility of ships coming into the old Victoria Dock area.

Since then the area has become the site for the most exciting extension of the city since its boom years in the 1880s. Melbourne's Docklands was once just a dream on the drawing board and they continue to be the place where dreams are played out - but these days of a very different kind. Now home to the best hotels, restaurants, and entertainment in Melbourne, the area holds onto a rustic charm that is perfectly blended with a modern day City. 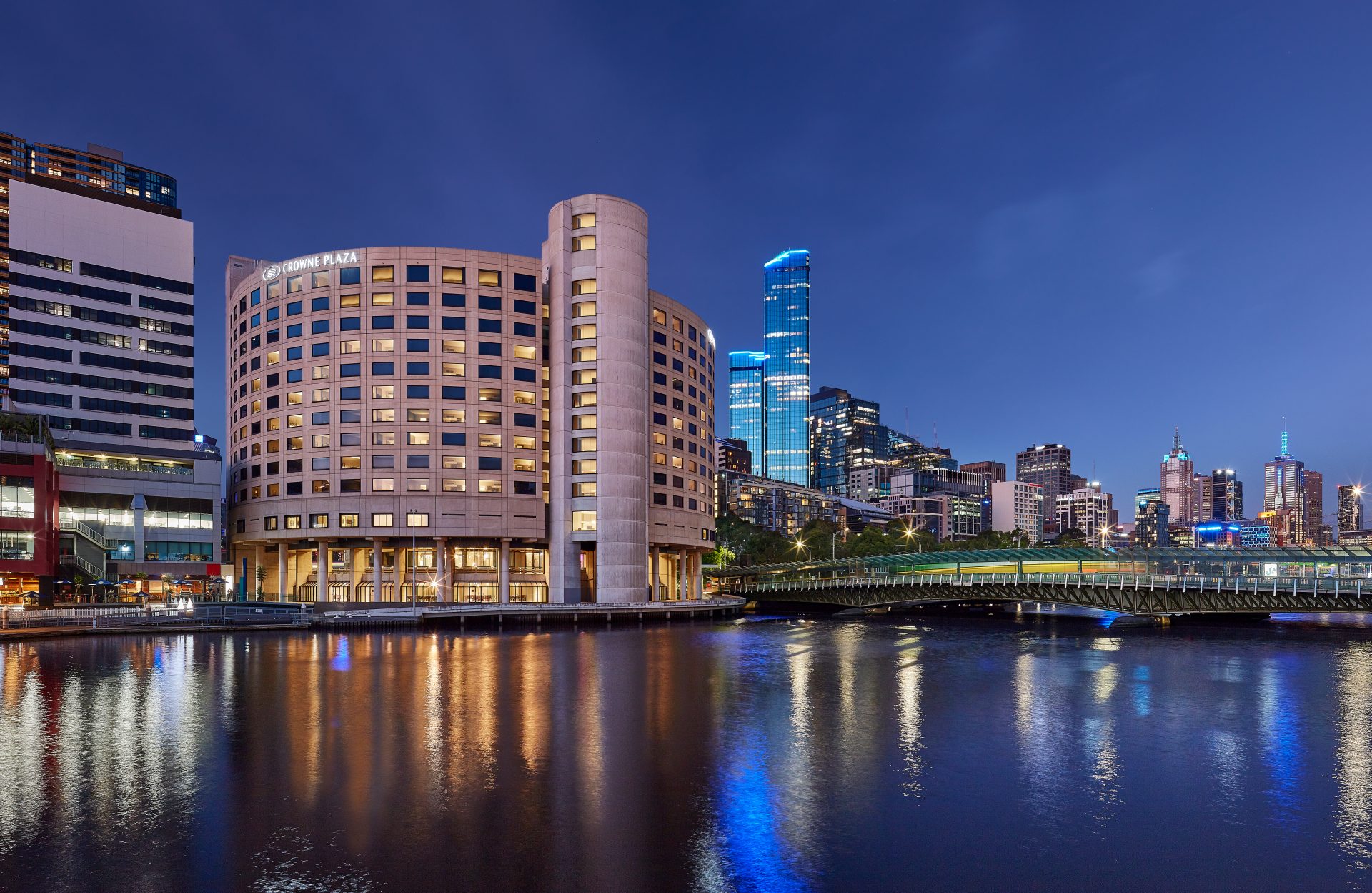 30 YEARS OF THE HOTEL 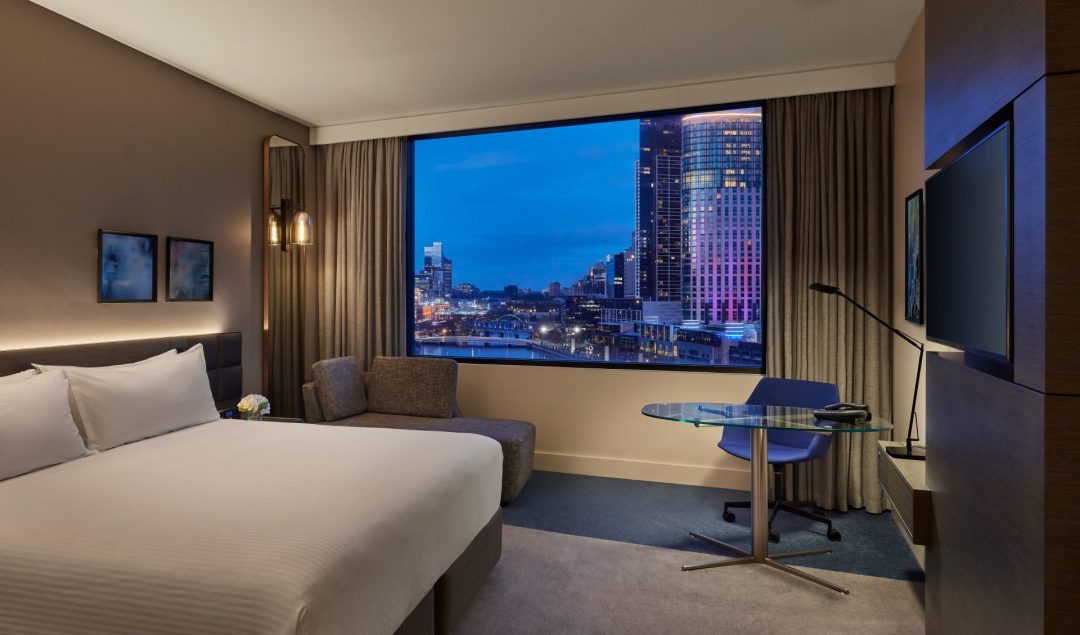 Crowne Plaza Melbourne offers affordable and modern accommodation in Melbourne CBD, just minutes away from many attractions. Located a short walk away from the Melbourne Convention and Exhibition Centre, the hotel’s facilities and premium services make it the ideal choice for business travellers, couples, families and solo travellers. Discover rooms with Yarra River views and Melbourne City Skyline views. Dine in restaurants with a view and enjoy a drink or two. And with the Melbourne City free tram zone on your doorstep, reaching all the best things to do in Melbourne is a breeze.

A HOTEL FOR EVERY OCCASION

With more than 5,600 IHG hotels in nearly 100 counties, we have the perfect hotel for every need.