The build of the Stadium commencedin 1997with the first Australia Football League (AFL) game to christen the ground being hosted in March 2000 when Essendon and Port Adelaide went head to head.

Throughout its years, Marvel Stadium has hosted many memorable concerts for some of the world’s biggest stars including Taylor Swift, Foo Fighters, Justin Timberlake, AC/DC, Bon Jovi, Andre Rieu and Eminem.

Marvel Stadium is only 8 minutes away by tram on Routes 35, 70 or 75 from Flinders Street, or a short 14 minute walk from the hotel. For accommodation nearby the stadium, there’s no better choice than Crowne Plaza Melbourne. 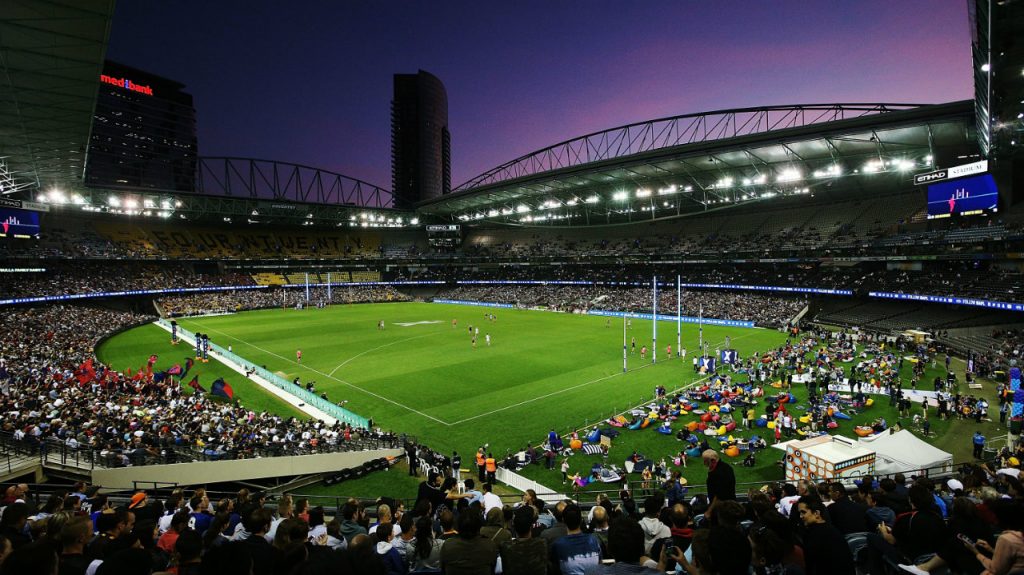 What previously existed on the grounds of the now Marvel Stadium was nothing morethan dormant land. Attention turned to the vacant Docklands site when planswere introducedto replace the Australian Football League (AFL) headquarters atWaverly Park. With existing public transport and roads access, as well as significant spacing for car parking,the Docklands lotwas seen as the perfect location for Marvel Stadiumas we know it today.

The Stadium has played an integral part in the vibrant development of the Docklands. The development was quickly supported by the Victorian Government with a commitment to improve commuter access at the adjacent Southern Cross Station by building bridges for increased foot access.

To this day, the Docklands expansion continues with the development of residential apartments, shopping and dining precincts as well as tram and train access.

Looking for an unforgettable stay in the heart of Melbourne CBD? Browse our newly refurbished rooms.
VIEW ROOMS