Getting around using Melbourne’s public transport system is a great way to see the city. Crowne Plaza Melbourne is conveniently located a comfortable walk south of Southern Cross Station, and is the perfect choice when it comes to convenient and modern accommodation in Melbourne CBD.

The station can be found at the western edge of the Central Business District on Spencer Street, between Collins Street and La Trobe Street.

Every year, some 15 million+ passengers use the station as a gateway to many destinations here in Melbourne and beyond. Many of these passengers have  found refuge in the warm and inviting rooms at Crowne Plaza Melbourne. 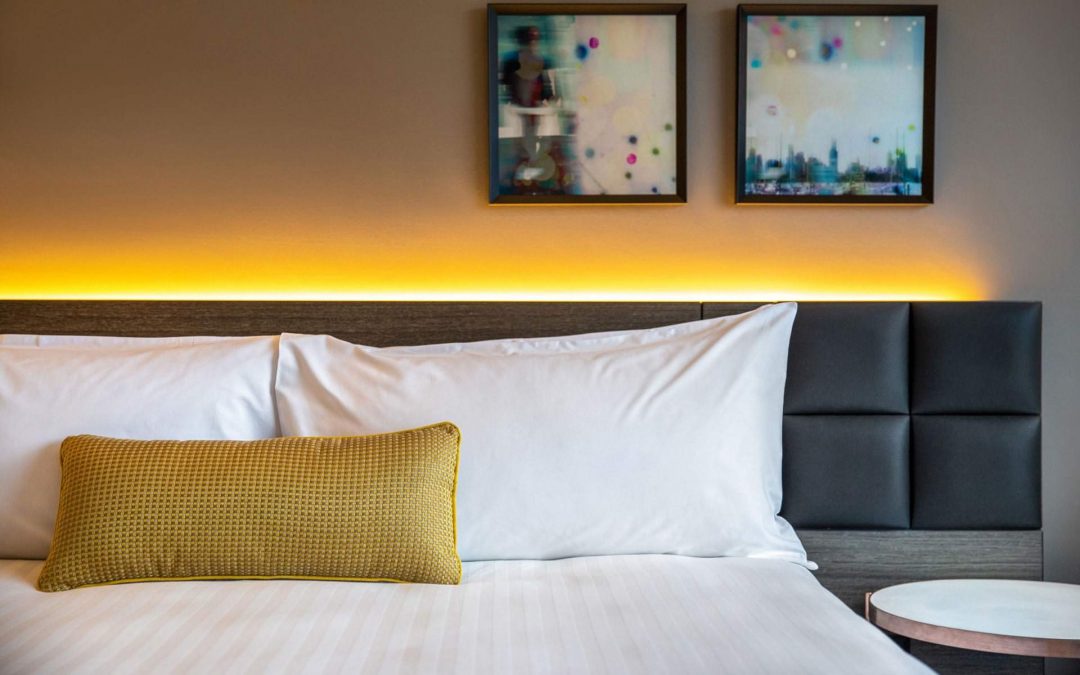 If you’re travelling to Crowne Plaza Melbourne on foot from the station, it’s just a short seven-minute walk. Whereas a taxi can get you there in less than three minutes. You could also hop on the tram (route 96 to St Kilda Beach), and hop off at Batman Park/Spencer St—facing Crowne Plaza Melbourne.

Enjoy a weekend away in a stunning location right in the heart of Melbourne. Book your stay with us today and make use of easy and convenient transport close by at Southern Cross Station.

The station has been operating since 1859. It was originally a dead-end terminus, consisting of just a single main platform with a dock platform at one end. They extended Southern Cross Station by adding an extra platform was in 1874.

The initial plans to expand the station began way back in the 1880s. The layout of the existing platforms was altered and new platforms were added. Electrification works began in the early 20th century and between 1918 and 1924, three more platforms were opened.

The station saw a complete transformation in the 1960s when plans to build a new, modernised station were realised. A new station building replaced the now decaying 1880s iron sheds, and a new 413-metre platform number 1 was built.

The redevelopment plans that began in the early 2000s gave the station its iconic wave-shaped roof. A new entrance and coach interchange were built. Other features included a new food court, a bar/restaurant, as well as a separate shopping complex between Bourke Street and La Trobe Street.

In December 2013, Two more platforms were opened at Southern Cross Station and The historic Water Tower Clock was installed on the concourse of the station in May 2014.

This clock was originally erected in 1882 at Flinders Street station and moved a number of times over the years. In 1902, the clock was moved to Princes Bridge station and in  1910, it was relocated to Southern Cross Station (then known as Spencer Street station). It was removed as part of the 1960s redevelopment plans and returned after a 50 year absence.