Embrace or escape the chill and save up to 35%* as an IHG Rewards member when you book on our Advance Saver rate.

The Best Things to do Along the Yarra River 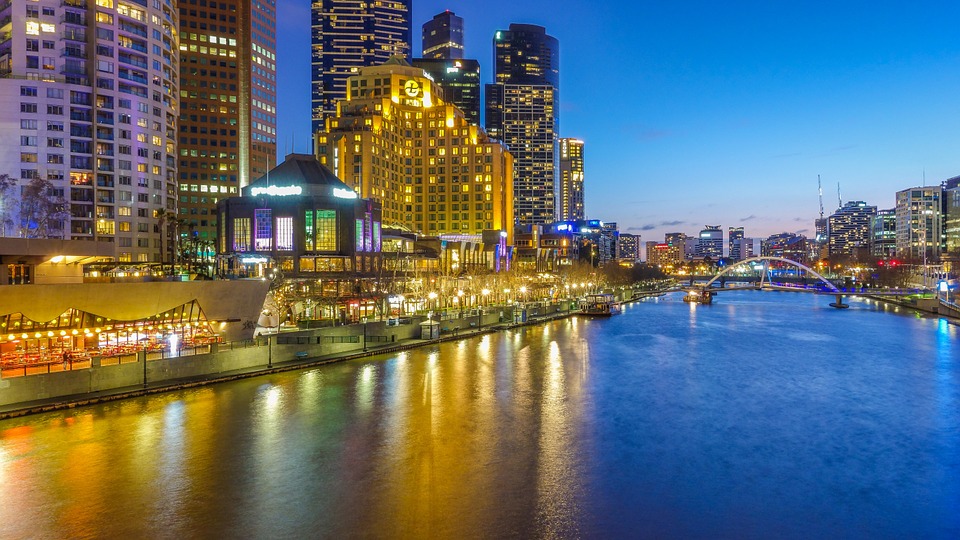 The Best Things to do Along the Yarra River

Melbourne is one of Australia's most important cultural, commercial, and financial centres. It is Australia’s fastest growing city and is ranked as one of the most liveable cities in the world, and for good reason.

Crowne Plaza Melbourne places you in the heart of the city and near to all of the best things to see and do when visiting. Enjoy sweeping views along the majestic Yarra River and city skyline from your recently refurbished room and take advantage of the Free city tram with the tram stop right on the hotels doorstep.

When it comes to affordable riverside accommodation in Melbourne, the Crowne Plaza offers comfort and style for leisure and business travellers alike. Here are our top things to do along the Yarra River that will make your trip to Melbourne a memorable and exciting one.

Experience the Tranquility of Herring Island

Located right in the middle of the Yarra, Herring Island is a 3.2 hectares island and is approximately 3km from the city centre. Home to Sculpture Park where globally famous artists like Andy Goldsworthy, Ellen Jose, Robert Jacks, John Davis, etc have installed incredible works of art.

The old scout hall was turned into the Herring Island Gallery and now serves as the venue for the Herring Island Summer Arts Festival. Enjoy a picnic in one of the many shelters or take advantage of the free electric BBQs, picnic tables, walking trails and water fountains.

A trip to Herring Island is the perfect day trip for those  looking for things to do near Melbourne city with their partners or as a family.

Explore the magnificence of Melbourne's waterways on one of two vintage steam powered river boats. Departing from various key locations, you can enjoy stepping back in time and soaking up the relaxing ambience of a bygone era.

Climb aboard the MV Grower, a 95 year old ferry boat that has been lovingly restored to its former glory. Or hop onboard the MV Eureka, an art deco steam cruiser with a nod to the swinging 1930’s.

You are able to choose between two 30-minute cruises either up or down the Yarra River, or opt for the full one hour cruise and explore both routes. Either way, you are guaranteed to enjoy spectacular views of the city on a unique and serene steam boat.

Both public and private cruises can be enjoyed, day or night. Public cruises depart daily from Berth 2 Southbank. Take in some of Melbourne’s biggest and best icons along the way, including:

Enjoy the Thrills of Moomba Festival

Every March, Melbourne presents Australia’s biggest free community festival, Moomba. The Moomba festival is filled with fun activities for everyone to enjoy. Moomba is celebrated over the Labour Day weekend on the banks of Yarra River, attracting millions of people of all ages to the city.

Moomba Carnival offers up some of the country’s most exciting rides. The famous event brings the world’s best water skiers and A-list watersport athletes from more than 16 countries to battle it out for the Moomba Masters title.

You can also enjoy the world famous Birdman Rally where contestants attempt to fly over the Yarra river by leaping from a platform with wings attached. And all in the name of charity. At night, the skyline of Melbourne is lit up with colourful fireworks displays throughout Moomba. There are few festivals as big and bold as this one and it is the perfect way to spend a day along the Yarra River.

Situated to the south of Yarra River, the Melbourne Royal Botanic Gardens have some of the most exquisite flora and fauna to offer up to nature aficionados. The garden was set up in 1846 and has two sites: Melbourne and Cranbourne. Melbourne Gardens spans over 38 hectares, having 50,000 individual plants of different species, some native and others; not.

There is the Ian Potter Foundation Children’s Garden that provides a source of immense motivation for little ones with its rich and diverse collection. And the Aboriginal Heritage Walk guides you through the rich and diverse history and culture of Australia.

The Ornamental Lake at the Botanic Gardens makes for an idyllic picnic spot where you can escape the hustle and bustle of the city and take five in a green and serene spot. One of the most popular features of this garden is The Tan, a running track popular with locals, tourists, and sports enthusiasts. In the summer season, Melbourne Gardens plays host to many live theatre shows and a moonlight cinema.

Take a Walk over The Travellers Bridge

A famous former railway bridge over the Yarra River, The Travellers, is now a pedestrian bridge that tells the story of a rich history of migration to Australia. Also called Sandridge Bridge, it carried thousands of passengers from Station Pier to Flinders Street Station and onto their new lives in a new country.

In 2005, Beirut-based artist Nadim Karam created ten abstract sculptures in a piece named “The Travellers”. These sculptures represent various immigrants who would have arrived over the bridge by train. Each sculpture stands almost 7.5m tall and collectively, they contain more than 3.7km of stainless steel.

Nine out of the ten sculptures are motorized and placed at varying distances along the Sandridge Bridge. The figures include:

The Yarra River is the lifeblood of Melbourne. Gently meandering its way through and pastmany of the most iconic and historical attractions, it breathes gentle life into this bustling city. Sometimes, the best ways to spend a day or on or next to the water, and the Yarra River doesn’t disappoint.