Melbourne’s Line-Up of Events This February

Melbourne’s Line-Up of Events This February

Expect Melbourne to come alive in February with this line-up of events and top things to do. Here’s what not to miss.

NGV Triennial [NGV International, Southbank] is back showcasing 86 thought-provoking and eye-opening works more than 100 artists. 34 of which never before seen and were commissioned by the NGV explicitly for the Triennial.

What is NGV Triennial? The exhibition is best described as bringing contemporary art, design and architecture into dialogue, offering a visually eye-catching and thought-provoking view of the world at this moment in time. Not only does NGV Triennial feature some of the world’s most accomplished artists and designers, it also celebrates the work of emerging practitioners; in true Melbourne style, of course. Crossing cultures, disciplines and traditional divides, the NGV Triennial seeks to question the status quo of the art and design world.

Over 31 summer nights from 15 January to 14 February 2021, Melbourne’s largest presentation of contemporary art and design sets the scene for Triennial EXTRA – a festival of performance, live music, food and bars, and late-night access to NGV Triennial 2020 every night until 9pm. This event is free to attend but you must book tickets.

In the lead up to Australian Open, Melbourne Symphony Orchestra is bringing free concerts back to Sidney Myer Music Bowl (SMMB) [Kings Domain Gardens]. Now in a socially distant way, the free concerts will run from 29 January through to 10 February. On a journey through the ages, it’s a celebration of music from all time periods with works by Rameau, de Falla, Bernsterin and others. Entry is free but you must book tickets.

The Australian Open returns this February, kicking off the 2021 season of major Melbourne events. The event, iconically known for serving up non-stop action and world-class entertainment, will look a little different off the court this year with new covid-safe procedures in place to keep event goers safe. For the first time ever, fans won't be able to roam around the grounds freely with distinct ticketed zones and John Cain Arena replacing the ever so popular ground passes.

Off the court, expect great food and drinks, and other activations within your specific zone. 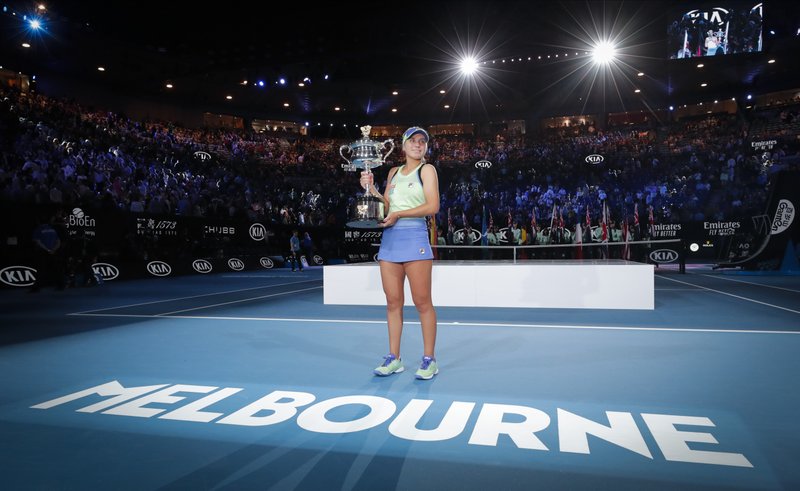 For those who enjoy a tipple, Juniperlooza will have you tasting sweet herbaceous spirits while basking in the sun at the summer gin festival. From its new home at Pilgrim, below Federation Square, Juniperlooza will run until 28 February. Taste your way (responsibly) through the 70 gin labels from 30 different producers on offer, with Pilgrim running interactive talk and taste sessions for the gin enthusiasts.

Looking the make a day out of it? From Friday to Sunday, book in for a bottomless gin and tapas session for two hours of endless food and drink for only $59. Gin lovers will be spoilt for choice with the selection of curated gins to try, and if you’re ready to mix it up, house beer and wine are also on offer.

The highly sought after production of Harry Potter and the Cursed Child returns to the Princess Theatre on 25 February. The play everyone is raving about is based on an original new story by J.K. Rowling, Jack Thorne and John Tiffany. It is the eighth story in the Harry Potter series and the first official Harry Potter story to be presented on stage. New tickets for the critically acclaimed play have just been released with sessions selling faster than Hermione raising her hand in Potions class.

Looking to slow things down before heading home from your Melbourne staycation?

Now departing from WTC Wharf, along the riverfront outside Crowne Plaza Melbourne, On A Boat will have you sailing off and experiencing Melbourne’s spectacular Yarra River and city skyline views from aboard a boat skippered by you! Have a blast on Melbourne’s waterways and enjoy the scenery as you meander along the Yarra River under your own steam. Anyone can captain the user-friendly electric boats; you don’t need a boat licence to skipper yourself.

If sitting back while someone else steers is more your style, skippered cruises are always available and will have you experiencing the very best of Melbourne with your own private tour guide.

On A Boat is perfect for the whole family; fur babies included with their dog friendly policy. 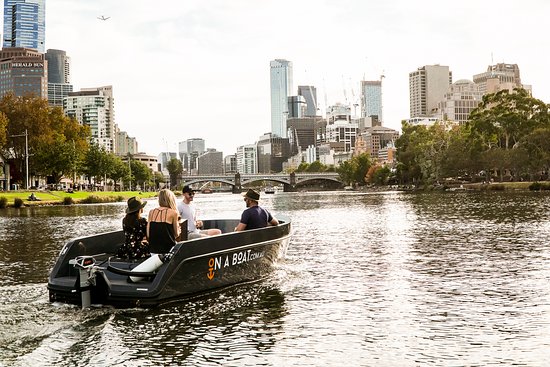